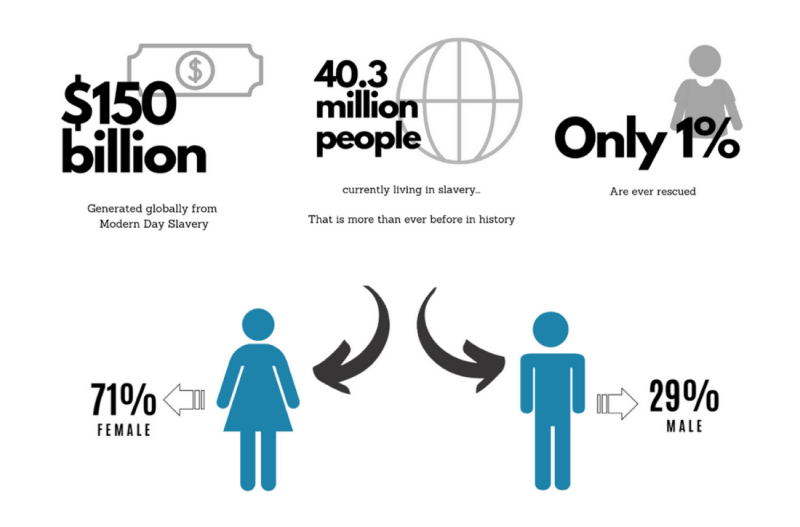 Jesus read this Scripture in the synagogue:

“The spirit of the Lord is upon me, because He anointed me to preach the Gospel to the poor. He has sent me to proclaim release to the captives, and recovery of sight to the blind, to set free those who are oppressed,”

We rightly apply this to spiritual liberation from sin and bondage to Satan. But we also need to apply it to the scourge of our world: slavery! Whether it’s human trafficking for sexual purposes or work purposes, Jesus came to set people free. Consider these tragic statistics (from The World Counts):

Like poverty, trafficking is primarily economically driven. That’s where BAM comes in. By providing alternatives to child selling (for example) and jobs for women rescued from prostitution, BAM provides a way of escape. With 30+ million victims at the present time, there’s a lot to do. Get involved in BAM, support BAM, invest in BAM…to bring liberty to the captives like Jesus!